Impressions of the Garden Suburb Hampstead, 1923-5 by William Isaac Aston 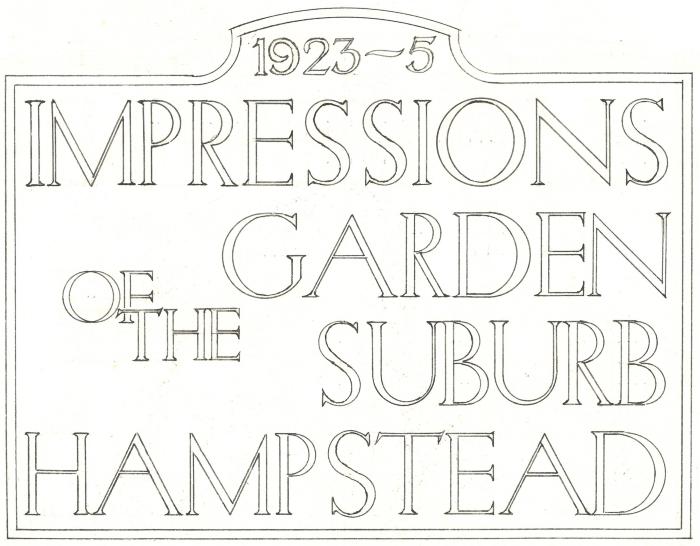 The contents of the hand bound album is presented here complete, save for one painting which had been removed prior to its purchase. Each 8x6 inch watercolour is painted directly onto a 15x10.5 inch page; they have been cropped for display here. Most of the paintings are signed, and each page bears that painting’s title as inscribed by Aston, along with the album’s title page and a brief dedication.

Aston was a mathematical instrument maker by trade, painting watercolours in his spare time. This album was given – as per the inscription below – by William Isaac Aston to his son A. Ewart Aston (c.1890-1977), who was an architect for Hampstead Garden Suburb Tenants. He is credited, whether alone or in collaboration with George Lister Sutcliffe, with the designs for around fifty Suburb properties at Eastholm, Northway, Oakwood Road and Falloden Way

The album was then passed to Aston junior’s daughter Joy (later Mrs Penfold), and then to her cousin Roy Squire. It was then purchased by Abbott and Holder Ltd, from whom the Trust acquired it.

The collection shows the Suburb at various times of the day and year, and most are titled by the painter himself. Some scenes are immediately recognisable almost one hundred years later, while others may require a little more scrutiny.