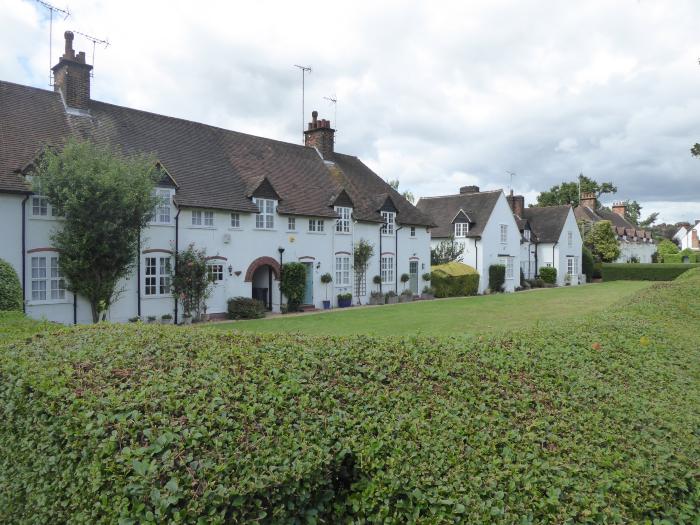 2017 marked the 50th anniversary of the initiation of designated conservation areas in the country. Today Hampstead Garden Suburb is one of 17 designated conservation areas in the Borough of Barnet  [i]out of nearly 1000 in the whole of London and 10,000 in Britain (approximately 9,300 in England  (2.2% of the country), 500 in Wales, 650 in Scotland and 60 in Northern Ireland).  [ii]But what does this actually mean and how did this come about? 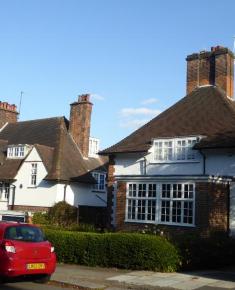 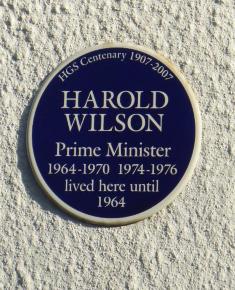 It resulted from a private members bill proposed by the Conservative M.P and son-in-law to Churchill, Duncan Sandys (1908-1987).  He had founded the Civic Trust in 1957 (1957-2009) which campaigned to make better places for people to live.  The Act received royal assent on 27 July 1967 and was just one of the 35 separate acts passed on that day.[iii]

The major contribution of this Act was the requirement that all local authorities should designate conservation areas. These were defined as areas of special architectural or historic interest, the character or appearance of which it is desirable to preserve or enhance. Once an area was designated, the local authority under its normal town planning powers was required to pay special attention to such character and appearance.  It supported this policy by using its powers to make building preservation orders and historic buildings grants.[iv]

From the start, The Ministry of Housing and Local Government predicted that conservation areas would be numerous. The Act also required the publication of a notice in a local newspaper of any planning application which the local authority considered affected the nature of the conservation area and a copy of the application had to be available for twenty-one days at reasonable hours for public inspection. The application could not be determined before this period expired and the authority had to take into account any representations made by members of the public when coming to a decision.

How did Hampstead Garden Suburb become a designated Conservation area? 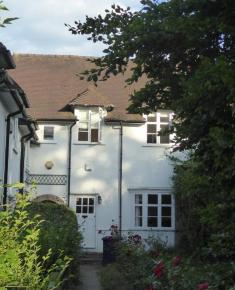 The Hampstead Garden Suburb Residents Association organised a meeting at Fellowship House to which some 30 architects and planners were invited where they decided to form a pressure group to “keep the Suburb beautiful”. 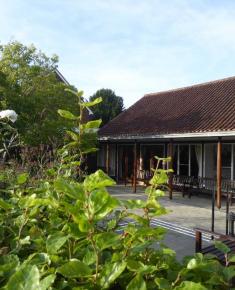 Mr Leslie Lane explained that it was the duty of all, “Not only to preserve and protect the area but enhance its character.”[vi]

At the meeting they criticised random planning such as garages and extensions and it was agreed that the architects kept an eye on future planning applications.  They decided that they would need to format a feasible policy along broad and general lines.  They also decided to encourage Barnet to employ a tree expert to inspect the Suburb trees and avoid the “ghastly butchery which has taken place.”[vii]

The group intended to make a film of the good and bad examples of planning and presumably to influence Barnet Council in the unique character of Hampstead Garden Suburb.

The idea of creating conservation areas was obviously taking shape.  On October 27 1967 the Guildhall in the City of London held a conference on the subject in which 12 areas were singled out for discussion including Hampstead Garden Suburb.[viii] That same month Stamford became a designated conservation area and areas across the country soon followed. 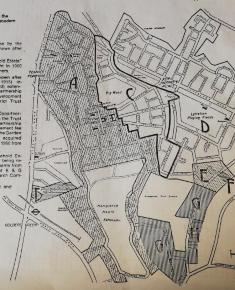 Although now no longer funded by the government for its special status, during 1970s, Hampstead Garden Suburb received further designation and funding for its most historic area of land acquisition. This was following the Town and Country Amendment Planning Act 1972. Brigid Grafton Green, a member of the Trust Council and their Honorary Trust Archivist (and from 1979 the first archivist of the Hampstead Garden Suburb Archives Trust) was instrumental in providing historical material to support the designation of land section A of the original 243 acres of the Wyldes Farm estate that was laid out by Raymond Unwin and Edwin Lutyens.  This was agreed in a confirmation letter from the London Borough of Barnet on 30 March 1977 [ix]and in a newspaper cutting from May 1977. [x]

On 5th February 2014, in the Royal Town Planning Institute centenary year, the RTPI President, Cath Ranson, visited the Suburb and Trust and presented an award for a 'Mature Planned Community' to "celebrate and acknowledge the special contribution of Hampstead Garden Suburb to the evolution of the science and art of spatial planning and all that is involved in the development of communities that thrive." 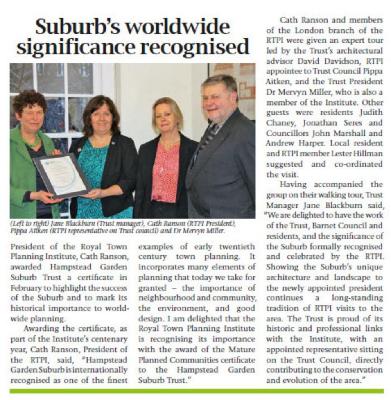 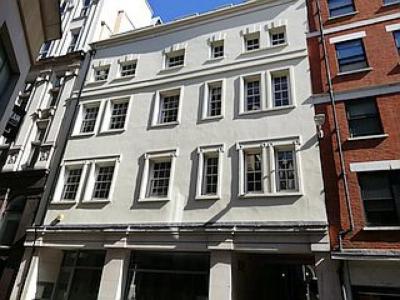 What makes a conservation area?

A conservation area is one where the special interest of the neighbourhood as a whole is intended for protection rather than individual buildings.

In conservation areas, it is the protection of the quality and special interest of the neighbourhood or area as a whole that is intended, rather than specific buildings. For example, the layout of boundaries, roads, vistas and viewpoints, trees and green features, street furniture and surfaces, the characteristic building materials of the area, the mix of different uses, and the design of shop fronts may all be taken into account. 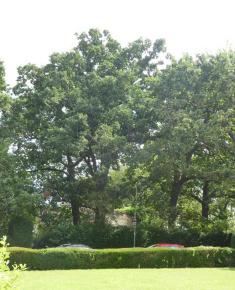 As early as the Fellowship House meeting in July 1967, the protection of trees was discussed in relation to preserving the special quality and interest of an area and to consult Barnet local authority about the subject.  In 1971 the Town and Country Act specified provision for the protection of trees and the local planning authorities could impose preservation orders on trees and woodland.[xiii]

Further provision for the protection of trees and the enhancement of conservation areas and buildings of architectural or historic interest and surroundings and landscapes were imposed in the Town and Country Amenities Act of 31 July 1974.[xiv]

When Hampstead Garden Suburb was proposed as a Conservation area, government listing of individual buildings had already commenced. With the exception of the seventeenth century Wyldes Farm and Old Wyldes which were listed in 1963, government listing of properties in Hampstead Garden Suburb reflecting their special architectural and historical interest and bringing in planning considerations to protect their future started in 1965.

On 28th November 1996 Lord Inglewood, Heritage Minister, came to the Suburb to mark the statutory listing of more than 500 Suburb properties and there have been further listings to buildings in the 2000s.

Barnet has recently proposed further areas including those in the Suburb for local listing.  [xv] The Hampstead Garden Suburb consultation closed 9 September 2019.

This article and photographs by Marilyn Greene